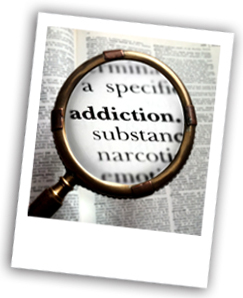 The following information is from the American Society of Addiction Medicine’s Website. http://www.asam.org/

What is addiction? (the short definition)
Addiction is a primary, chronic disease of brain reward, motivation, memory and related circuitry. Dysfunction in these circuits leads to characteristic biological, psychological, social and spiritual manifestations. This is reflected in an individual pathologically pursuing reward and/or relief by substance use and other behaviors.

Addiction is characterized by inability to consistently abstain, impairment in behavioral control, craving, diminished recognition of significant problems with one’s behaviors and interpersonal relationships, and a dysfunctional emotional response. Like other chronic diseases, addiction often involves cycles of relapse and remission. Without treatment or engagement in recovery activities, addiction is progressive and can result in disability or premature death.

What is addiction? (the long definition)

Addiction is a primary, chronic disease of brain reward, motivation, memory and related circuitry. Addiction affects neurotransmission and interactions within reward structures of the brain, including the nucleus accumbens, anterior cingulate cortex, basal forebrain and amygdala, such that motivational hierarchies are altered and addictive behaviors, which may or may not include alcohol and other drug use, supplant healthy, self-care related behaviors. Addiction also affects neurotransmission and interactions between cortical and hippocampal circuits and brain reward structures, such that the memory of previous exposures to rewards (such as food, sex, alcohol and other drugs) leads to a biological and behavioral response to external cues, in turn triggering craving and/or engagement in addictive behaviors.

The neurobiology of addiction encompasses more than the neurochemistry of reward.

The frontal cortex of the brain and 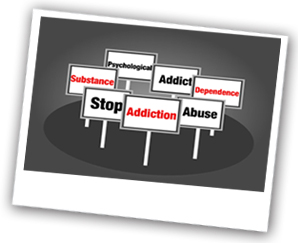 underlying white matter connections between the frontal cortex and circuits of reward, motivation and memory are fundamental in the manifestations of altered impulse control, altered judgment, and the dysfunctional pursuit of rewards (which is often experienced by the affected person as a desire to “be normal”) seen in addiction–despite cumulative adverse consequences experienced from engagement in substance use and other addictive behaviors. The frontal lobes are important in inhibiting impulsivity and in assisting individuals to appropriately delay gratification. When persons with addiction manifest problems in deferring gratification, there is a neurological locus of these problems in the frontal cortex. Frontal lobe morphology, connectivity and functioning are still in the process of maturation during adolescence and young adulthood, and early exposure to substance use is another significant factor in the development of addiction. Many neuroscientists believe that developmental morphology is the basis that makes early-life exposure to substances such an important factor.

Genetic factors account for about half of the likelihood that an individual will develop addiction. Environmental factors interact with the person’s biology and affect the extent to which genetic factors exert their influence. Resiliencies the individual acquires (through parenting or later life experiences) can affect the extent to which genetic predispositions lead to the behavioral and other manifestations of addiction. Culture also plays a role in how addiction becomes actualized in persons with biological vulnerabilities to the development of addiction.

Other factors that can contribute to the appearance of addiction, leading to its characteristic bio-psycho-socio-spiritual manifestations, include:

Addiction is characterized by:

The power of external cues to trigger craving and drug use, as well as to increase the frequency of engagement in other potentially addictive behaviors, is also a characteristic of addiction, with the hippocampus being important in memory of previous euphoric or dysphoric experiences, and with the amygdala being important in having motivation concentrate on selecting behaviors associated with these past experiences.

Although some believe that the difference between those who have addiction, and those who do not, is the quantity or frequency of alcohol/drug use, engagement in addictive behaviors (such as gambling or spending)3, or exposure to other external rewards (such as food or sex), a characteristic aspect of addiction is the qualitative way in which the individual responds to such exposures, stressors and environmental cues. A particularly pathological aspect of the way that persons with addiction pursue substance use or external rewards is that preoccupation with, obsession with and/or pursuit of rewards (e.g., alcohol and other drug use) persist despite the accumulation of adverse consequences. These manifestations can occur compulsively or impulsively, as a reflection of impaired control.

Persistent risk and/or recurrence of relapse, after periods of abstinence, is another fundamental feature of addiction. This can be triggered by exposure to rewarding substances and behaviors, by exposure to environmental cues to use, and by exposure to emotional stressors that trigger heightened activity in brain stress circuits.

In addiction there is a significant impairment in executive functioning, which manifests in problems with perception, learning, impulse control, compulsivity, and judgment. People with addiction often manifest a lower readiness to change their dysfunctional behaviors despite mounting concerns expressed by significant others in their lives; and display an apparent lack of appreciation of the magnitude of cumulative problems and complications. The still developing frontal lobes of adolescents may both compound these deficits in executive functioning and predispose youngsters to engage in “high risk” behaviors, including engaging in alcohol or other drug use. The profound drive or craving to use substances or engage in apparently rewarding behaviors, which is seen in many patients with addiction, underscores the compulsive or avolitional aspect of this disease. This is the connection with “powerlessness” over addiction and “unmanageability” of life, as is described in Step 1 of 12 Steps programs.

Addiction is more than a behavioral disorder. Features of addiction include aspects of a person’s behaviors, cognitions, emotions, and interactions with others, including a person’s ability to relate to members of their family, to members of their community, to their own psychological state, and to things that transcend their daily experience.

Behavioral manifestations and complications of addiction, primarily due to impaired control, can include:

Cognitive changes in addiction can include:

Emotional changes in addiction can include:

The emotional aspects of addiction are quite complex. Some persons use alcohol or other drugs or pathologically pursue other rewards because they are seeking “positive reinforcement” or the creation of a positive emotional state (“euphoria”). Others pursue substance use or other rewards because they have experienced relief from negative emotional states (“dysphoria”), which constitutes “negative reinforcement.“ Beyond the initial experiences of reward and relief, there is a dysfunctional emotional state present in most cases of addiction that is associated with the persistence of engagement with addictive behaviors. The state of addiction is not the same as the state of intoxication. When anyone experiences mild intoxication through the use of alcohol or other drugs, or when one engages non-pathologically in potentially addictive behaviors such as gambling or eating, one may experience a “high”, felt as a “positive” emotional state associated with increased dopamine and opioid peptide activity in reward circuits. After such an experience, there is a neurochemical rebound, in which the reward function does not simply revert to baseline, but often drops below the original levels. This is usually not consciously perceptible by the individual and is not necessarily associated with functional impairments.

Over time, repeated experiences with substance use or addictive behaviors are not associated with ever increasing reward circuit activity and are not as subjectively rewarding. Once a person experiences withdrawal from drug use or comparable behaviors, there is an anxious, agitated, dysphoric and labile emotional experience, related to suboptimal reward and the recruitment of brain and hormonal stress systems, which is associated with withdrawal from virtually all pharmacological classes of addictive drugs. While tolerance develops to the “high,” tolerance does not develop to the emotional “low” associated with the cycle of intoxication and withdrawal. Thus, in addiction, persons repeatedly attempt to create a “high”–but what they mostly experience is a deeper and deeper “low.” While anyone may “want” to get “high”, those with addiction feel a “need” to use the addictive substance or engage in the addictive behavior in order to try to resolve their dysphoric emotional state or their physiological symptoms of withdrawal. Persons with addiction compulsively use even though it may not make them feel good, in some cases long after the pursuit of “rewards” is not actually pleasurable.5 Although people from any culture may choose to “get high” from one or another activity, it is important to appreciate that addiction is not solely a function of choice. Simply put, addiction is not a desired condition.

As addiction is a chronic disease, periods of relapse, which may interrupt spans of remission, are a common feature of addiction. It is also important to recognize that return to drug use or pathological pursuit of rewards is not inevitable.

Clinical interventions can be quite effective in altering the course of addiction. Close monitoring of the behaviors of the individual and contingency management, sometimes including behavioral consequences for relapse behaviors, can contribute to positive clinical outcomes. Engagement in health promotion activities which promote personal responsibility and accountability, connection with others, and personal growth also contribute to recovery. It is important to recognize that addiction can cause disability or premature death, especially when left untreated or treated inadequately.

The qualitative ways in which the brain and behavior respond to drug exposure and engagement in addictive behaviors are different at later stages of addiction than in earlier stages, indicating progression, which may not be overtly apparent. As is the case with other chronic diseases, the condition must be monitored and managed over time to:

In some cases of addiction, medication management can improve treatment outcomes. In most cases of addiction, the integration of psychosocial rehabilitation and ongoing care with evidence-based pharmacological therapy provides the best results. Chronic disease management is important for minimization of episodes of relapse and their impact. Treatment of addiction saves lives.

Addiction professionals and persons in recovery know the hope that is found in recovery. Recovery is available even to persons who may not at first be able to perceive this hope, especially when the focus is on linking the health consequences to the disease of addiction. As in other health conditions, self-management, with mutual support, is very important in recovery from addiction. Peer support such as that found in various “self-help” activities is beneficial in optimizing health status and functional outcomes in recovery.

Recovery from addiction is best achieved through a combination of self-management, mutual support, and professional care provided by trained and certified professionals. 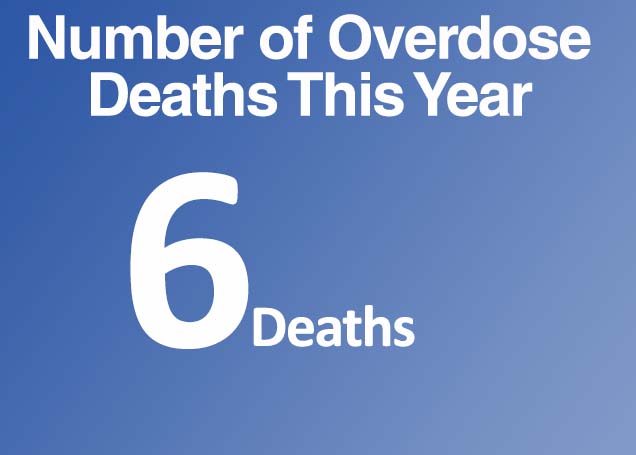